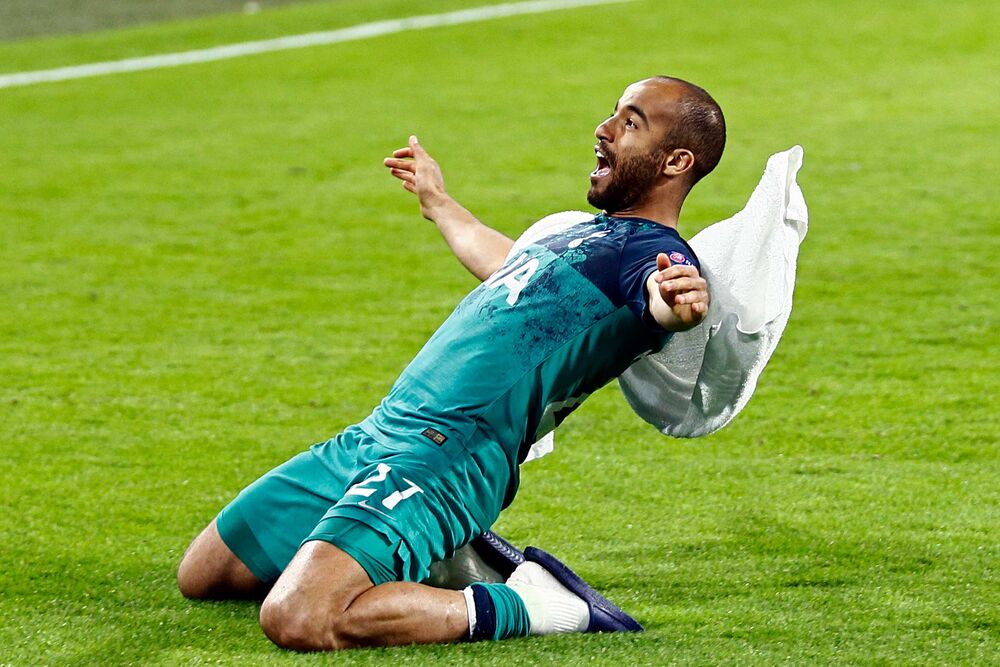 Three years after the U.K. voted to part with the European Union over concerns about an influx of newcomers, the nation’s soccer squads offer an object lesson in the benefits of immigration: The four finalists in the two top European club competitions are English, but they’re all coached by foreigners, and only one goal in the crunch games that got them to the championship matches was scored by a Brit.

When Brazilian striker Lucas Moura eliminated Ajax with a shot into the bottom right corner seconds before the final whistle in Amsterdam on May 8, he ensured a place for Tottenham Hotspur in the annual Champions League showpiece. A day earlier, Liverpool overcame a three-goal deficit from a previous match (each team hosts a game, and the side with the best combined score advances), beating Barcelona 4-0 to take the other spot. And on May 9, Arsenal and Chelsea defeated continental rivals to make their way into the final of the Europa League, the region’s No. 2 club competition. After Liverpool’s win, Prime Minister Theresa May told Parliament the match proves “that when everyone says it’s all over, that your European opposition have got you beat, the clock is ticking down, it’s time to concede defeat, actually we can still secure success if everyone comes together.”

Like everything in Britain these days, the soccer world is deeply divided over Brexit. The English Premier League largely echoes the “remain” camp, hoping May won’t be successful in beating her “European opposition.” The league has built a worldwide following based on its ability to attract top talent, and it wants to maintain unfettered access to foreign pros, much like companies keen to avoid curbs on immigrant labor after leaving the EU. While six of Europe’s 10 richest clubs are English, about two-thirds of the players in the Premier League come from abroad. The league says any restrictions on overseas talent would threaten its £4.5 billion ($5.7 billion) in annual revenue. “International players have been a crucial factor in the global appeal of the league,” says Richard Broughton, a researcher at Ampere Analysis Ltd. in London.

The Football Association, the sport’s governing body in England, says too many outsiders weaken efforts to further develop the local game as it seeks to build on the national team’s strong showing at last year’s World Cup in Russia. Under current rules, up to 17 members of a 25-man Premier League squad can be foreigners, but the FA wants to trim that to 13. The FA says its stars need the kind of real-life experience gained from playing week in and out, but just 30% of Premier League starters this season were raised in England. That’s down from 33% last year, and England coach Gareth Southgate frets it could fall to 15% within a decade. “We’ve got to arrest the slide,” Southgate says.

Britain’s relations with Europe have long been reflected in sport. In the 1950s, as the U.K. turned its back on what would become the European Union, English soccer initially dismissed the nascent pan-European club competition as a pointless distraction. But by the 1970s, Britain had joined the EU, and English clubs had become masters of the region’s soccer. Today, as the Brexit clock continues to tick, the game’s future in the place where it was invented hangs in the balance, says Andrew Osborne, a sports immigration specialist at law firm Lewis Silkin. “The Premier League wants to protect the game from any restrictions,” he says. “How are we going to deal with this post-Brexit?”

BOTTOM LINE – The Premier League has built a worldwide following with players from overseas, but the Football Association says outsiders weaken its efforts to develop local talent.