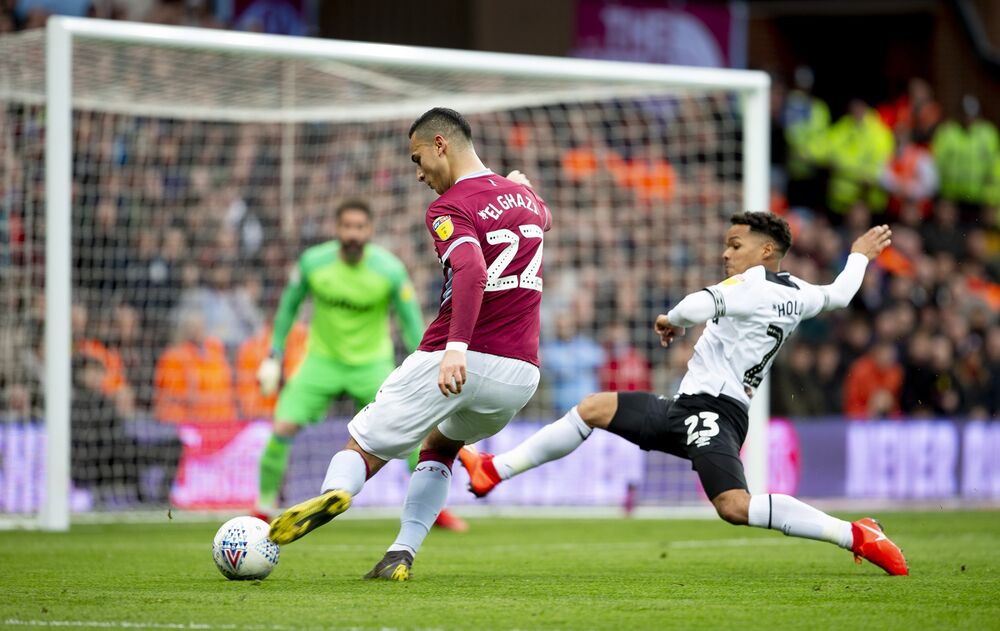 The biggest financial prize in sports gets awarded next week, and it won’t be going to the NBA champs. Two English soccer teams are battling for at least $215 million.

Derby County Football Club and Aston Villa Football Club meet Monday in London for the highly coveted final spot in the Premier League next season. Getting promoted to the world’s most-popular soccer league lets the winner share in the riches of its billion-dollar media deals. The loser returns to England’s second division for another season.

The winner will take in at least 170 million pounds in added revenue over the next three years, according to the financial consulting firm Deloitte LLP. And that’s the worst-case scenario — if the team is immediately relegated again to the sport’s back bench. A longer run in the big league means even more riches.

It’s a “financial cliff,” according to Aston Villa co-owner Wes Edens, who also owns basketball’s Milwaukee Bucks. Speaking last month on the Bloomberg Business of Sports podcast, the co-founder of Fortress Investment Group said the difference in broadcast money alone for a team in the Premier League versus the second tier is at least $100 million a year.

Here’s how it works: Every year the three worst performers are demoted from the Premier League, and three teams are promoted to take their place. The top two teams in England’s second tier are guaranteed a spot in the higher league, and the next four finishers enter a playoff for that third and final spot — which Derby County and Aston Villa are now vying for.

Monday’s match is “definitely the most valuable single-game prize in any team sport,” said Stefan Szymanski, a University of Michigan economist whose books include Soccernomics. While similar games in Germany and Spain also have big financial implications, nothing comes close to England’s because of the Premier League’s TV deals, he said.

The Premier League divvies up its media millions based on a complex formula that varies depending on how well a team performs and how often it is on TV. The payouts form the bulk of most teams’ annual revenue, vastly outpacing ticket sales or sponsorships.

According to Deloitte, the revenue difference between a middling Premier League season and a year in England’s second division is about $120 million. If Monday’s winner is demoted after just one season, it will also receive a parachute payment of about $95 million over two years.

Previous playoff winners have had varied levels of success. Fulham, which won promotion last year over Aston Villa, was relegated after its first season. Huddersfield Town, which won the 2017 playoff, stayed up for two seasons before being sent down alongside Fulham. Then there’s Crystal Palace, which won the playoff in 2013 and is still in the Premier League.

Aston Villa is no stranger to England’s top tier. The club was a founding member of the Premier League in 1992, when it finished second, and stayed there until 2016.

Derby County, on the other hand, has spent most of the Premier League era in the lower tier. The club had just two short Premiership stints, never finishing above eighth.

In addition to the clubs, a number of sponsors will win or lose on Monday. Aston Villa’s official jersey provider is local menswear brand Luke 1977. Derby County’s official partners include Marston’s Plc, a pub and hotel operator based in nearby Wolverhampton.

One company that might not be sweating the outcome — online gambling operator 32Red. The Gibraltar-based casino and sports betting company, owned by Kindred Group Plc, is the main jersey sponsor for both teams.