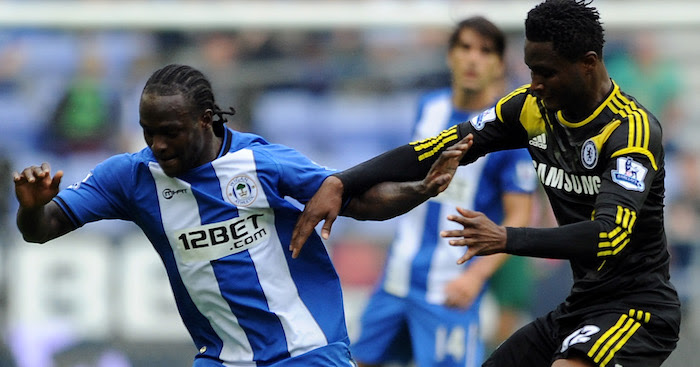 Crystal Palace are looking to bring Victor Moses back to Selhurst Park, nearly a decade after he left and he could be joined by former Chelsea team-mate John Obi Mikel.

The Eagles are looking at options to bolster their squad and they could land a pair of Super Eagles in Moses and Mikel.

Moses, 28, is out-of-favour at Chelsea and he could head to Palace on loan, with coach Roy Hodgson keen to strike a loan deal.

Hodgson is also in the market for Obi-Mikel – although we understand up to half-a-dozen Premier League clubs are keen on the 31-year-old midfielder – who is a free agent having left Tianjin Teda.

Mikel also has options to remain in China, but he is weighing up his options.

Palace are looking to make room in their squad and are willing to move on a number of names, one of whom is Jairo Riedewald.

The 22-year-old has failed to impress since joining from Ajax in 2017 – but he is now set to leave on loan. He has options to return to Holland, whilst there are also Spanish and French clubs keen – although he could remain in England with Middlesbrough expressing an interest.